2 000 pink ties hang like swords from a frame: ties as a traditional attribute of the well groomed male – but also as a symbol of the daily threat, hypocrisy and cover-up of the violence hiding behind appearances. Pink house paint sticks to the ties: pink as a symbol of a dispossessed childhood defined by a perpetrator’s actions, of stolen vibrancy, broken trust, the loss of unselfconsciousness: childhood.

Underneath the ties are 15 pages of verdicts, speared on butcher’s hooks. These are verdicts from the past 20 years, divided into prosecution, verdicts and grounds.

“2 000 = 100 = 15 = 3 = 10 = 2”. The installation and the title focus both on the protection of perpetrators of sexual violence and current legislation on sexual violence. Given the estimated dark figure of 1:20, only 100 out of every 2 000 sexual offenders are threatened with criminal charges and very few of them need reckon with imprisonment. The title references the analysis of 100 criminal cases relating to violent sexual crimes against children conducted in June 1993 by Dr. Renate Volbert of the Institute of Forensic Psychiatry in Berlin: 85 out of the 100 reported crimes were dismissed by the public prosecutor’s office without going to trial. Of the15 cases heard in court, 3 defendants were released, 10 defendants were given a suspended sentence, and only 2 defendants were imprisoned without parole.

Now, since this analysis is already twenty years old, people might think that changes to the law have meanwhile improved those statistics. A recent study of all the charges brought and cases heard by the state prosecutor in the federal state of Bremen reveals the opposite: from 2010 to 2012, a total of 428 charges were filed there in relation to sexual assault on children (as defined by Clause §176 of the StGB, German Criminal Code) and to aggravated sexual assault on children (Clause §176a StGB). Yet in the same period the court handed down only 52 sentences: 33 suspended sentences with probation orders, 10 fines and a mere 7 prison sentences without parole. 93% of the suspects were male.

The installation illustrates the shortcomings of criminal prosecution in cases of sexual violence. What kind of answers does our society have for the huge dark figure that has remained unchanged for decades? How is the law interpreted and enforced? Why are sentences still so conspicuously “soft” and at the low end of what is legally possible? 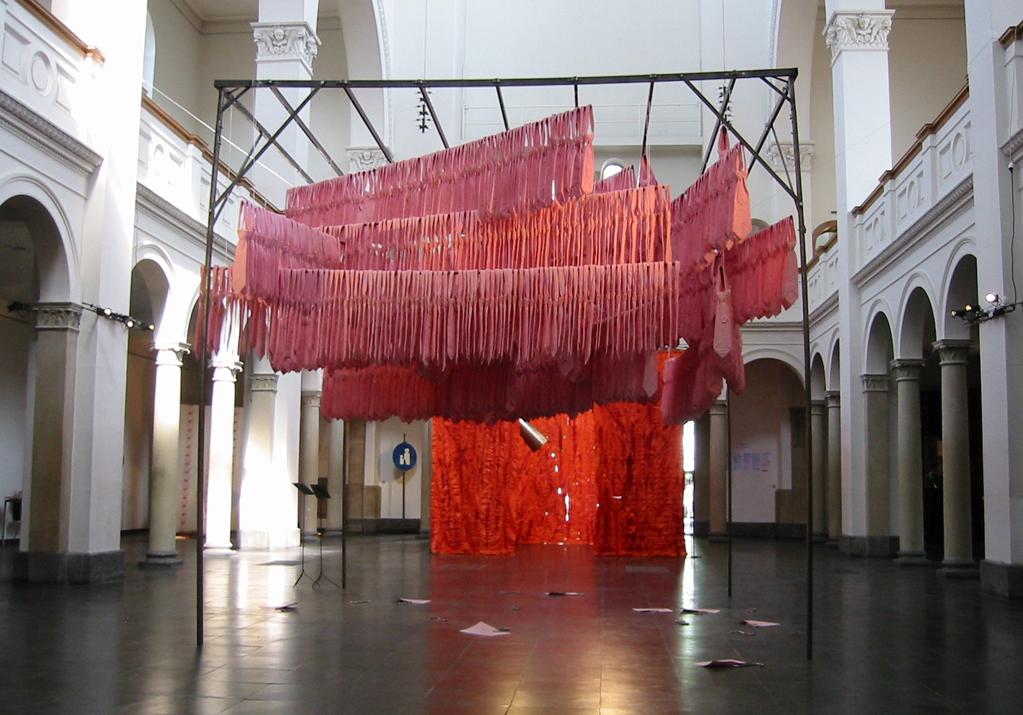 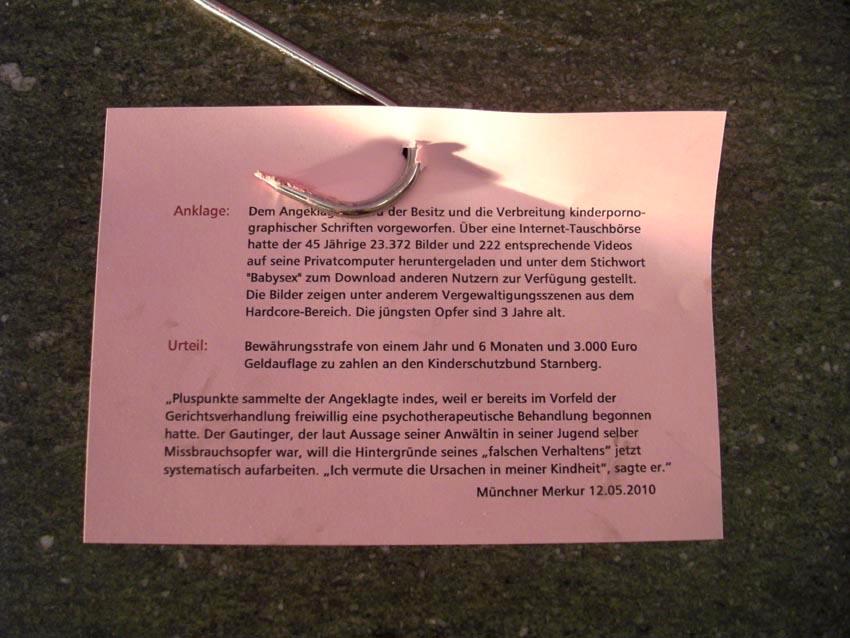 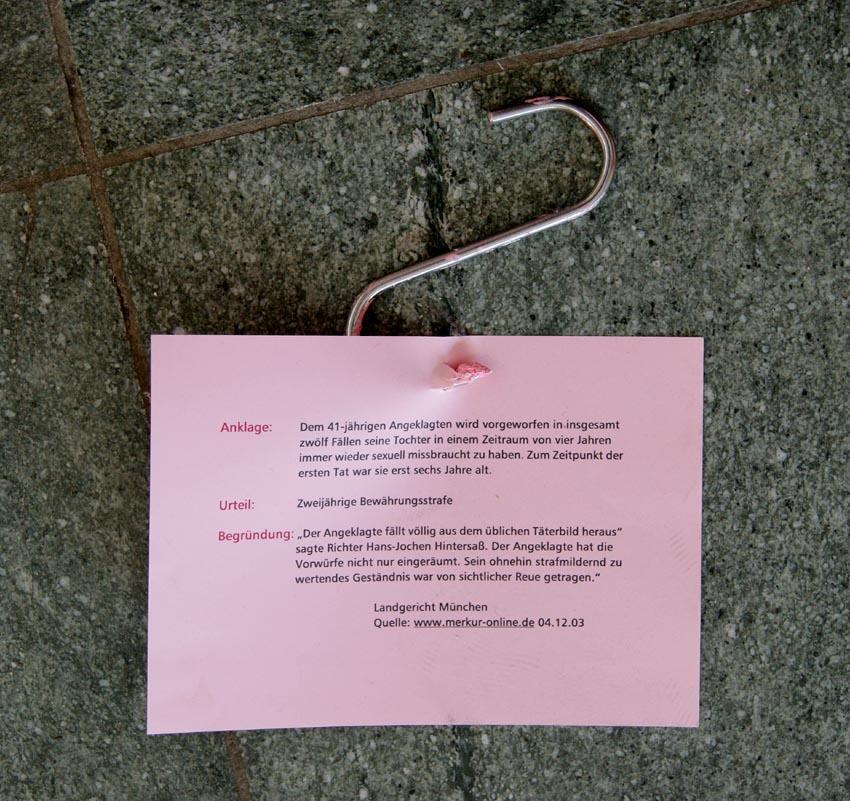