Why was Jesus just watching?

“Why was Jesus just watching?” is the question asked by a man who was sexually abused as a boy by a priest, Father Lawrence C. Murphy.

As many as two hundred deaf boys were sexually abused by Father Lawrence C. Murphy in the period 1950–1974, when he served as a priest and teacher, as of 1963 as headmaster, at St. John’s (residential) School for the Deaf in St. Francis, Wisconsin (USA). In 1996, the archbishop of Milwaukee, Rembert G. Weakland, wrote to Cardinal Joseph Ratzinger, then prefect of the Congregation for the Doctrine of Faith, later Pope Benedict XVI, requesting help in dealing with the sexual offender. Until 1998, the Vatican hindered attempts to defrock the priest and Lawrence C. Murphy was consequently laid out at his funeral that year in full priestly regalia.

The illustration on the white shirt shows Pope Johannes Paul giving his blessing to Maciel Degollado in 2004. The Pope expressly thanked the Mexican for his “services as a priest, which were filled with the spirit of the Holy Ghost”. Yet the founder of the Congregation of the Legionaries of Christ had abused and raped between twenty and one hundred youngsters over a period of many years, among them his own children.

Here, the charges brought against Maciel Degollado and known to the Vatican for decades are printed in black and white on a chalice cloth.

Just two stories and yet they are representative of the many stories of victims-survivors of sexualised violence in the Catholic Church and its institutions all over the world, who in recent years have demanded the right to be heard. 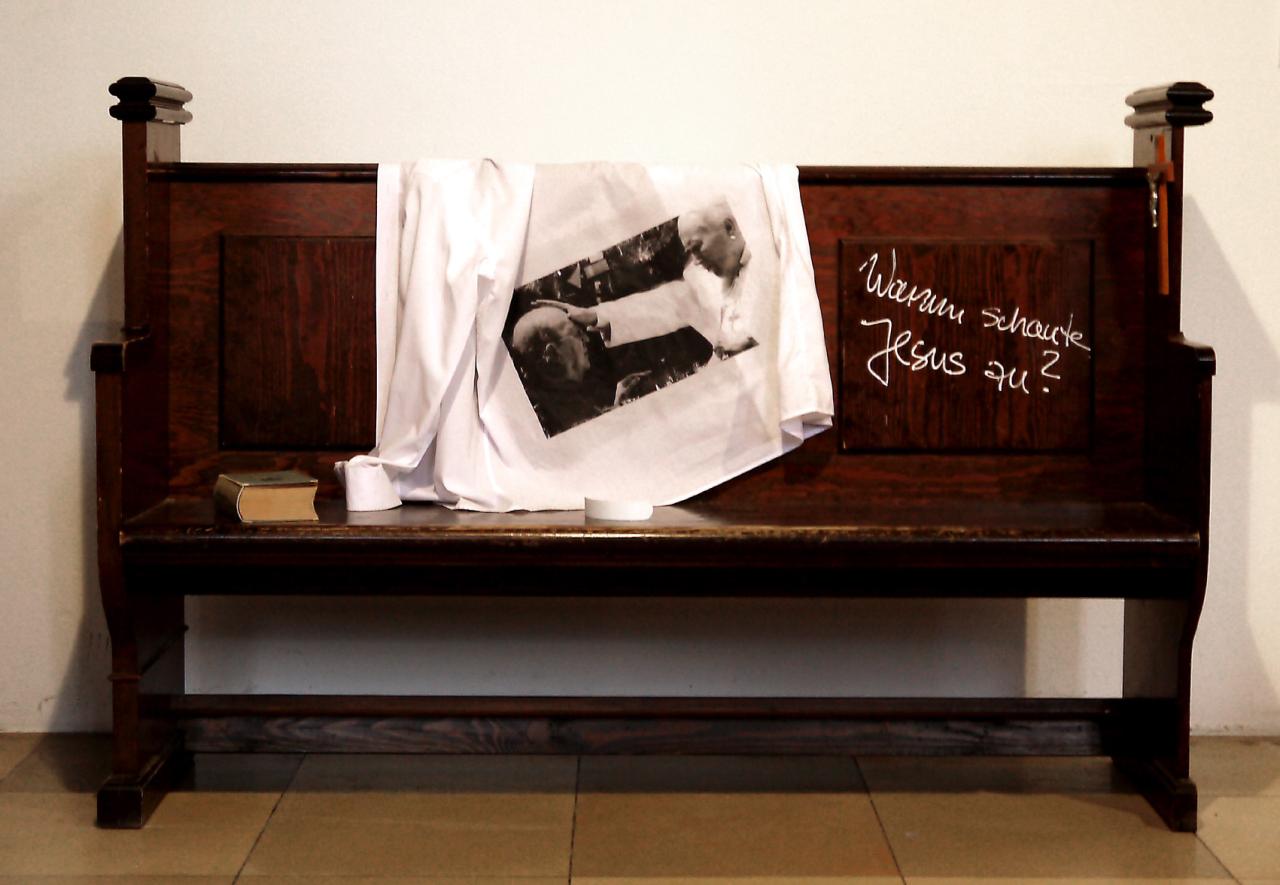 Why was Jesus just watching? 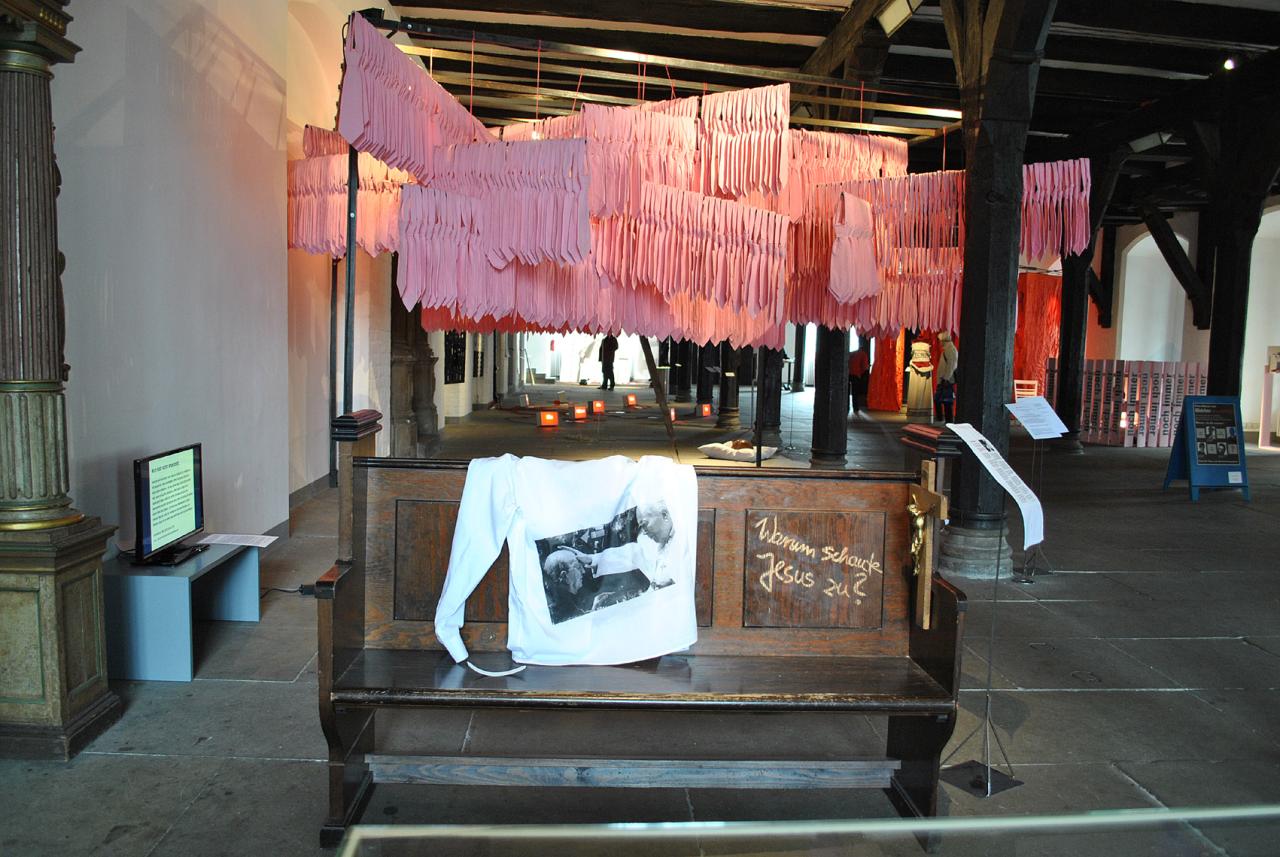